This is kinda old now, but I’ve finally gotten around to posting about it.

Here, I control my words. Nobody can shut this site down, run annoying ads on it, or sell it to a phone company. Nobody can tell me what I can or can’t say, and I have complete control over the way it’s displayed. Nobody except me can change the URL structure, breaking 14 years of links to content on the web.

I found this link via some method–probably a post on Twitter–and it moved me to write some words. I read stuff like this and I get inspired.

I have owned my domain for over 15 years. During that time, it has gone through a variety of changes. For probably half of that time it has served no web content at all. And in the other half, it has been hosted with various services, and then migrated to a hosting platform where I have tremendous control. For a long-time, it was my own installation of WordPress, then a static webpage–only before and after being an instance of Jekyll. And now, it’s a modified, customized fork of Casey Liss’s Camel.

I have spent a lot of time on this site[1]. There have been “Redesigns” multiple times. I have purchased an ssl certificate and set up the site to run on HTTPS[2]. I have dedicated hours to thinking about and planning modifications to the platform so the site can be more Indie Web compliant. I have successfully set up syndication to Twitter, and previously, Facebook. Hell, I used to own a vanity short domain and set up short links for sharing on social media that would redirect to the post on my domain[3].

Every once in a while, I come across a post like the one above. I read it and get excited. I ride a wave of motivation and spend time working on this site to add features, or plan workflows with the hopes of making posting easier. I spend hours on it. I get excited, and jealous. I’m jealous of the cool stuff people do to keep their site in tip-top shape, the new design elements they implement, or the magic they’ve implemented to spread their words, all while still maintaining control and ownership on their own content and website.

I have recently discovered something else that makes me jealous. Re-read that first sentence in the quote above, especially the last two words. This author, these people who write about their blogs, have something to say. I’m jealous of that. I’m sure I have something to say, but I’m really poor about actually saying. In real life, or on the internet. So sometimes it feels like I have nothing to say.

Maybe by spending time and effort on the website, I’m hoping to inspire myself to say something. Given that no one reads blogs anymore, I’m sure no one would see it if I did post a message. But hey, who knows? And maybe that will give me the freedom and permission to say something?

Hey, I’ve secured a new short domain: dcj.im. And now you can find short links for most the posts on this site on the bottom of each page, over on the left of the side. Everything after the dcj.im has a purpose, as it’s mostly been stolen inspired by other, far smarter people on the internet. The main inspiration was Tantek Çelik’s Whistle. Shocking exactly no one, he’s written up all kinds of details on it that you can read about here, if you’re interested.

Also, I haven’t written anything else new. Funny, huh? 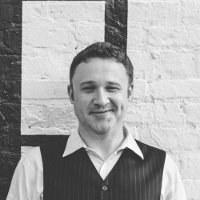